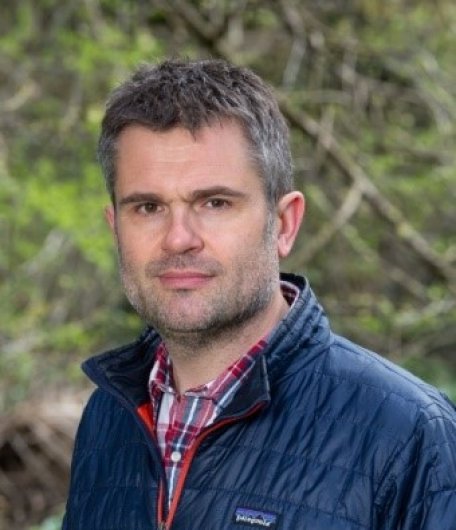 Craig is Chief Excecutive of The Wildlife Trusts. He has been described as “one of the country’s top environmental campaigners”, by The Guardian as “the very model of a modern eco-general” and, in 2021, was included in The Sunday Times Green Power List of the UK’s top 20 environmentalists.

Craig was formerly CEO of Friends of the Earth where he led the organisation to numerous campaign victories including on bees, fracking and against the expansion of Heathrow Airport.

Earlier in his career, Craig was Deputy Director at The University of Cambridge Institute for Sustainability Leadership (CISL), and Director of The Prince of Wales’s Corporate Leaders Group on Climate Change (from 2007 to 2010).

Craig has twenty years’ experience of designing and contributing to executive education and leadership programmes at numerous universities and business schools including the Judge Business School, London Business School, and Duke CE.

He is Honorary Professor of Sustainability and Innovation at Alliance Manchester Business School, an Associate Fellow of Homerton College (Cambridge), a Senior Associate of The Cambridge Institute for Sustainability Leadership, and a Policy Fellow of The Centre for Science and Policy at The University of Cambridge.

He is also a judge on The Wainwright Book Prize, a Trustee of the think-tank Green Alliance. and an Honorary Fellow of the Chartered Institute of Water and Environmental Management. He regularly appears in the print and broadcast media.