Number of students per year
1-2
Typical offer
A*AA at A-level; 40-42 points with 776 at Higher Level for the IB.
Essential subjects
None
Useful subjects
English, History, a modern or ancient language or Classics at A-level or equivalent

ASNC focuses upon the history, languages and literatures of the different peoples of the British Isles and Scandinavia in the early medieval period — in other words, it does for these peoples what Classics does for the ancient Mediterranean world. It will therefore appeal to anyone fascinated by the early histories and writings of the Anglo-Saxons, Vikings and Celtic peoples. It’s an interdisciplinary course, involving not just history but languages (you can learn one or more of Old English, Old Norse, medieval Irish and Welsh, and Latin) and literature (we study the classics of early medieval storytelling, like Beowulf, the Icelandic sagas and the Mabinogion). You do not need to have studied any of these subjects before you apply — everything is taught from scratch. All this makes for an intellectually challenging and highly rewarding combination, which is pursued by a relatively small but exceedingly enthusiastic student population (there are currently two undergraduates reading for the ASNC Tripos at Homerton).

The Director of Studies in ASNC at Homerton is Professor Richard Dance, whose special interests include Old English language and literature and Germanic philology.

Hear from our students

"It is a real privilege to study Anglo-Saxon, Norse and Celtic, a fascinating and unique course only offered at the University of Cambridge. All of the ASNC Professors are phenomenal, truly passionate and enthusiastic. The Homerton Library has many books and resources related to the subject, which makes it perfect! It is great to be both a Homertonian as well as an ASNC student" - Shahla Khandcar

Anglo-Saxon, Norse, and Celtic (ASNC or ‘ASNaC’ for short) is a degree course unique to Cambridge. It focuses upon the history, languages and literatures of the different peoples of Britain, Ireland and Scandinavia during the early medieval period. It is a distinctive course, which allows for the combination of subjects and techniques rarely taught together, but which mutually reinforce one another in the pursuit of a broad and detailed understanding of the world of which early Britain was a part. The course is both cross-cultural, involving the study of English, Celtic and Scandinavian materials; and inter-disciplinary, offering a variety of historical, linguistic and literary topics. Several of the subjects taught in ASNC such as palaeography and codicology, the study of medieval scribes and manuscripts, are seldom — if ever — available in other degree courses at the undergraduate level.

The ASNC Tripos is examined in two parts; Part I comes at the end of the second year, with the more advanced Part II at the end of the third. The course is taught in a variety of forms, ranging from lectures and seminars (including language and translation classes) to supervisions. The latter, a mainstay of the Cambridge system, are ordinarily one-to-one meetings organised through College, for which students write essays and then discuss them with a subject specialist. These supervisions will be arranged by your Director of Studies, with whom you will also have regular meetings to discuss and plan your work. The ASNC experience is, moreover, enhanced by the small size and friendly nature of the department: its tight-knit, thriving community of undergraduates, post-graduates and senior members means that it is easy to find a like-minded person with whom to discuss your work, whether formally or informally.

What We Look For

We are looking for students who have the academic ability and potential to succeed on the course, as well as the necessary interest in and motivation for the subject.

In order to explore ASNC in more detail we would recommend the introductory reading for prospective applicants and offer holders listed here.

As the ASNC Tripos covers subjects not normally taught in schools, all undergraduates start largely from scratch in terms of the specific periods, languages and cultures that we teach. Most of our applicants will have studied one or more of English, History, a modern or ancient language or Classics at A-level or equivalent, but these are not rigid requirements.

There is no admissions assessment requirement for ASNC.

Like most subjects in the Arts and Humanities, ASNC is not a vocational course that prepares students for a specific career. However, the skills that can be acquired over the three years of the degree are many and varied and should, most importantly, provide a thorough grounding in the careful interrogation of a variety of sources from different points of view (literature, history, linguistics), as well as in the reasoned construction of sound, detailed arguments, whether orally or in writing. Recent ASNC graduates have put these skills to good use in a wide range of jobs, including careers in law, finance, publishing, teaching, the civil service, the armed forces, the police, computing, television and journalism, besides those who have chosen to progress to post-graduate level research. 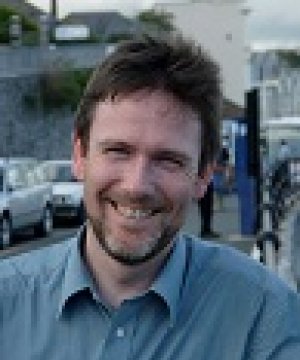 The Director of Studies in ASNC at Homerton is Dr Richard Dance, whose special interests include Old English language and literature and Germanic philology.