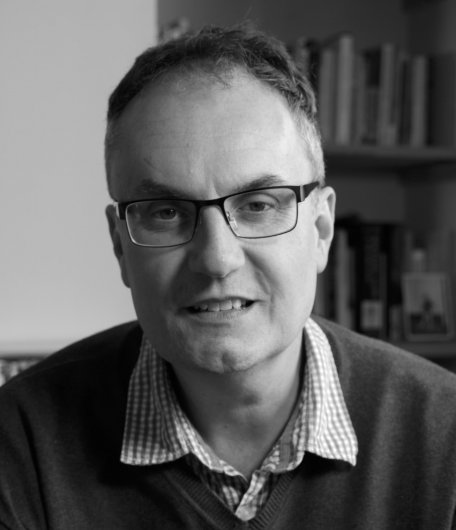 Professor Waters is a playwright who works for stage, radio and screen; he is also very involved in the new playwriting scene and has written about the pedagogy of playwriting, the nature of plays and been a participant in shaping arts policy in this area.  He has been described as ‘one of the UK’s most accomplished political playwrights’.

Having written The Contingency Plan, a diptych of plays in 2009 about climate change Steve has been at the forefront of artistic practice and reflection on climate change and was a co-convenor of the Writing and Science Project at UEA.  He returned to climate change with his solo show 'In a vulnerable place' performed in 2014-2015.  Steve is currently embarked on an AHRC Leadership Fellowship funded leave called 'The Song of the Reeds: Dramatising Conservation' which is an 18 month long collaboration with Wicken Fen and Strumpshaw Fen nature reserves.

Steve teaches at undergraduate and post-graduate level in LDC and convene the MA in Creative Writing: Scriptwriting programme and supervise 5 Creative/Critical PhDs.