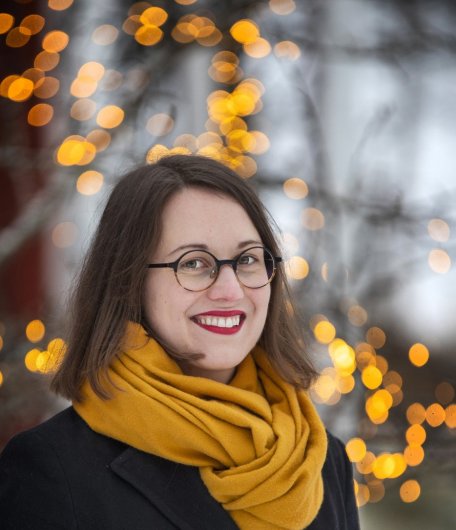 Sofia Singler trained as an architect at the University of Cambridge and the Yale School of Architecture. She practiced architecture in Boston, MA, with a focus on educational and industrial buildings, before returning to Cambridge to undertake a PhD in architectural history. At Yale, she held the Edward P. Bass Scholarship in Architecture, and at Cambridge, a Gates Cambridge PhD Scholarship.

Her research interests lie in the history and theory of modern architecture, with particular focus on ecclesiastical architecture, Nordic modernism and Alvar Aalto. Singler’s work on Aalto’s unrealised funerary chapels and cemeteries was exhibited at the Alvar Aalto Museum in 2015, and her research on Aalto has been published in various books and journals, such as Architectural History. She currently sits as an elected member on the Alvar Aalto World Heritage Nomination Committee, which seeks to advance the appointment of Aalto’s buildings to the UNESCO World Heritage list.

Singler is currently pursuing a collaborative project with film-maker Virpi Suutari, “Say a Little Prayer: The Roadside Chapels of the Deep South.” Familiar from the hauntingly beautiful photographs of Walker Evans and others, the small chapels of the Southern United States have eluded rigorous scholarly enquiry until now. Singler and Suutari’s first-hand research on the chapels and the communities which they serve is supported by Arts Promotion Centre Finland (TAIKE), and will culminate in a feature-length film.

At Yale, Singler held multiple Teaching Fellowships, both in the architectural design studio and in graduate seminar classes. Singler previously served as Director of Studies in Architecture at Pembroke College, Cambridge and at Girton College, Cambridge.

She is currently Course Lecturer for Part IA Paper 2, Histories and Theories of Architecture Post-1800.