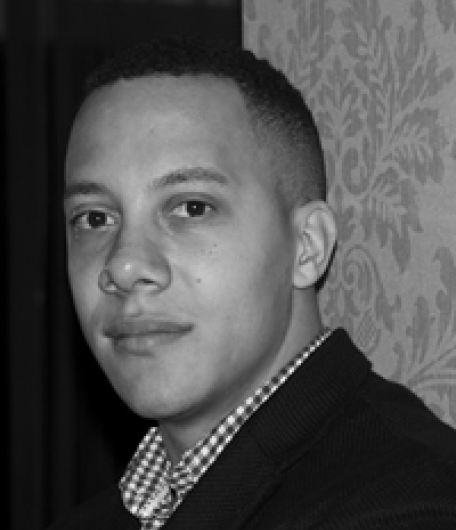 Taking an interdisciplinary approach with a base in stem cell biology, bioengineering and biophysics, Dr Agley is working to better understand how mechanical forces are sensed and integrated by pluripotent stem cells. While for many years stem cell scientists have focused heavily on identifying the chemical cues and genetic circuitry which govern pluripotency (the remarkable capacity to give rise to all somatic cell lineages), very little has been done to investigate the influence of the mechanical microenvironment.

Since joining the Wellcome Trust/Medical Research Council Cambridge Stem Cell Institute in October 2013, he has been developing new hydrogel-based cell culture substrates capable of maintaining and reinforcing the pluripotency network in mammalian pluripotent stem cells. The hydrogel technology he is using permits tight control over the physical properties of the local environment in which pluripotent stem cells are cultured. Using recent genome engineering strategies such as CRISPR-CAS9 (Clustered Regularly Interspaced Short Palidromic Repeats) and other transgenic approaches, he is interrogating the necessity for individual, mechanically regulated, signalling pathway members in maintaining stem cell immaturity. To complement his use of hydrogels to alter the Young’s modulus (stiffness) of the substrate, he also employs biophysical techniques such as Atomic Force Microscopy (AFM), to measure cellular elasticity, and Traction Force Microscopy (TFM) for the measurement of cell-generated traction stresses.  Novel nanoindentation approaches will help determine the precise mechanical properties which lead to the pluripotency promoting effects of the hydrogel substrates. Collectively, this information will be used to pinpoint material properties, cellular elasticises and cell-driven forces which control the cell state transitions of stem cells.

Another aspect of Dr Agley's research focuses on identifying the biophysical and molecular mechanisms underpinning cellular reprogramming. The pioneering discovery that differentiated cells of the adult can be ‘reprogrammed’ into pluripotent stem cells was awarded the Nobel Prize in Physiology or Medicine in 2012. The aptly named Induced Pluripotent Stem Cells (or iPS cells) created by the reprogramming process hold tremendous promise for regenerative medicine and disease modelling. However, current reprogramming protocols typically take weeks and the efficiency is extremely low (<1%). The distinct alterations in cellular architecture which accompany this molecular rejuvenation implicate a role for force-based phenomena. Using the hydrogel substrates he has created, in combination with select small molecule inhibitors and transgenic approaches, he is investigating the potential for exploiting novel mechno-chemcial synergies to promote the profound genetic rewiring necessary for reaching the reprogrammed ‘ground’ state.

Uncovering mechanisms underlying the transdifferentiation of human muscle fibroblasts into adipocytes (Funded by the BBSRC: BB/L009943/1)

Satellite cells are the resident stem cell population in adult skeletal muscle and are so named because of their distinct anatomical location on the periphery of the mature myofibres. Although these satellite stem cells are excellent at regenerating damaged muscle, for many years it was believed that in disease conditions and in normal aged muscle, these cells could also differentiate into non-muscle cell types. This purported non-myogenic differentiation is disease states would ostensibly explain the excess connective tissues (fibrosis) and adipose (fat) tissue infiltration seen in these conditions. During his PhD, Dr Agley demonstrated that in humans, satellite cells are committed myogenic precursors that do not alter their lineage even when challenged to do so. Although satellite cell-derived myogenic cells were able to express transcription factors typically associated with non-myogenic cells they could still be differentiated into large multinucleated muscle fibres in vitro. In contrast, via detailed molecular screening he demonstrated that stromal fibroblasts which are ubiquitous in skeletal muscle were at least bipotent in their cell fate options and could give rise to both fat and connective tissue. This means that as opposed to the satellite cells, it is the muscle fibroblasts that are the likely source of fibrosis and fatty degeneration typical of many muscle diseases such as Duchenne Muscular Dystrophy. These cells are an ideal therapeutic target for myopathic diseases and age-related muscle wasting (sarcopenia) and ongoing work in collaboration with King’s College London and a major pharmaceutical corporation seeks to identify the molecular players and druggable targets involved in this process.