How the Homerton archive inspired a flurry of postcards

The story of the “lost film”, rediscovered last year, has had a ripple effect in multiple directions. One of these ripples is a project conceived by artist Idit Nathan, whose postcards students and staff may have noticed materialising around the College over the past week.

What is the point of connection between the project and the film?

The film is the starting point for the Tightrope Walking project. When I visited the archive for the first time, I was told about the film and the fact that it was missing. One of the ideas I proposed at the outset was to re-imagine the film based on the 10 stills that were in the College archive and the script that Svetlana (Paterson, the College archivist) and I found in the National Archives in London.

At the time we thought an art project might help raise public awareness of the lost film and possibly help to locate it. Then the pandemic happened, and the film was found so I decided to focus on the ideas and aspirations in the film as they acquired renewed significance with the pandemic.

One of the most striking features of the film is the way it reminds us how society reacted to the Second World War, essentially with great resolve to promote progressive and creative education and to rid the world of bloody and violent conflicts in order to make it a better place. I’ve always felt that looking back can enlighten the present so decided to widen the scope of my project and focus on the ways that today the College community envisages the future and how we might navigate it, despite the significant unknowns.

Why did you choose to approach it in this way?

I often create work that draws on conversations with public and I start these conversations by creating interventions in public spaces that people walk through and inhabit on daily basis.

I decided to use postcards as a way of prompting conversations for various reasons. Firstly, I felt that now that more is happening in what we’ve come to call ‘real life’ - as if life can be anything but real - offering something that can be touched and scribbled on as opposed to the virtual interactions we’d gotten used to might be more enticing and fruitful.

I’ve made several artworks that use the postcard as medium in the past and there is something about the combination of the visual and the textual that I am interested in. Postcards, especially if strewn along a pathway or encountered in unexpected places can potentially draw attention, especially in our digital media saturated times. They also offer anonymity which I thought would help gather more candid responses.

In terms of the subject matter – the future and the sense of danger ahead - I was also inspired by Otto and Elise Hampel, who attacked Hitler's regime with a series of postcards left in public places around Berlin, which I discovered by reading Hans Fallada’s novel Alone in Berlin.

Last but not least, there are numerous postcards in the Homerton archive, some dating back to the early days of the College. I was especially struck by a more recent one which was produced as fundraiser sometime in the early 90s with students, staff and Fellows lining up to spell the word HELP for an aerial photograph. How do you envisage people interacting with the postcards?

I am hoping that people will pick up the postcards they see along the corridors, on windowsills and steps and respond to the questions inscribed on them or share their thoughts about the future, with a short text, a doodle or a whole essay – whichever way they like. I will also make the postcards available on the website in the coming days, once most of the ones on site have been collected. This will mean that people much further afield will be able to interact with the project.

What is the next stage?

I await the responses and while I do that will be going through the hundreds of photographs I took of documents, photos, letters and memorabilia held in the archive. The combination of the archival research and responses to the postcards will inform the production of an artwork, that I will present to the College in the summer, which will join the collection and be housed at the archive.

What is it about the Homerton archives that provides such a thought-provoking starting point?

Homerton’s archive is quite unique I believe, as it houses a wealth of material which originates primarily from female students from times when most colleges would have had very few, if any, female students. It therefore provides fascinating insights into the lives and aspirations on hundreds of women, some from countries far beyond the UK, covering many decades of world events. For any artist researcher such as myself there are countless projects which could draw on this rich material.

It is also an ongoing and ‘live’ archive that keeps acquiring and receiving new material such as the New School film, found thanks to Svetlana’s rigorous search. It is a privilege and honour to work with her and Professor Peter Cunningham whose knowledge of educational history is awe inspiring.

If you've picked up one of Idit's postcards you can post your responses in the postboxes outside the Library, in the Buttery or in the Combination Room. Alternatively, if you're not on site, you can take part virtually. 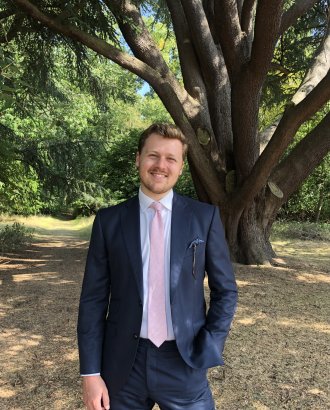 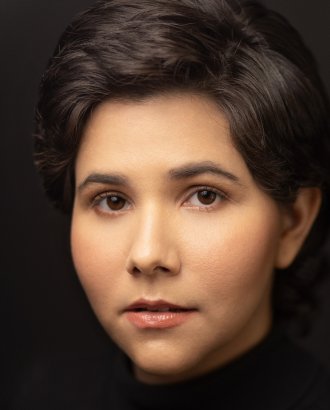